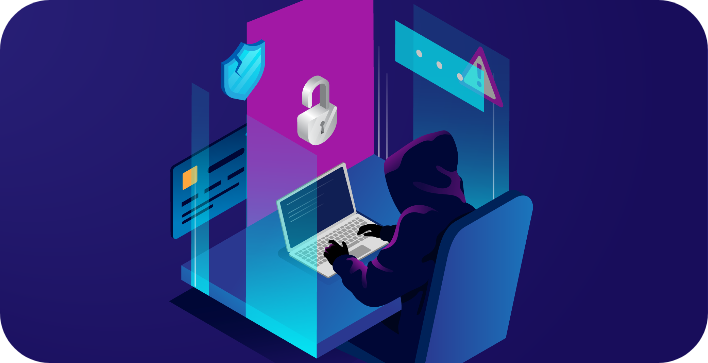 Despite the added security that MFA provides, hackers can still bypass it if they are able to obtain one of the pieces of evidence required for authentication. For example, if a hacker is able to steal a user’s password, they can use that to login even if MFA is enabled. Or, if a hacker is able to get their hands on a user’s security token, they can use that to bypass MFA as well.  There are a few ways that hackers can obtain the information they need to bypass MFA. They may use phishing attacks to trick users into providing them with login credentials or install malware on a user’s device that records their keystrokes. In some cases, hackers may even be able to exploit vulnerabilities in the MFA system itself.  One recent example is the case of the Twitter hack that targeted high-profile users such as Barack Obama, Joe Biden, and Elon Musk. The hackers were able to take over these accounts by bypassing Twitter’s two-factor authentication (2FA).

How did they do it? It’s believed that they used a technique called “SIM swapping.” This involves taking over a victim’s phone number and using it to reset the password on their Twitter account. Once they had control of the account, they were able to post tweets that promoted a cryptocurrency scam. Many people fell for the scam and lost money as a result.  This just goes to show that no security measure is foolproof.

While MFA provides an extra layer of security, it is not foolproof. Hackers can still bypass it if they are able to obtain one of the pieces of evidence required for authentication. Companies should be aware of the risks and take steps to protect themselves and their employees.  Purple  Shield Security can provided services such as Phishing Attack Simulation, Extended Detection and Response, Security Operation Services, and Vulnerability Scanning Services which can help with identifying and preventing these type of security risks and issues. If you’re a business that is using MFA as your sole security measure, you could be at risk. Contact us for more information.

No comments to show.
We use cookies on our website to give you the most relevant experience. By clicking “Accept”, you consent to the use of ALL the cookies.
Accept
Manage consent

This website uses cookies to improve your experience while you navigate through the website. Out of these, the cookies that are categorized as necessary are stored on your browser as they are essential for the working of basic functionalities of the website. We also use third-party cookies that help us analyze and understand how you use this website. These cookies will be stored in your browser only with your consent. You also have the option to opt-out of these cookies. But opting out of some of these cookies may affect your browsing experience.
Necessary Always Enabled
Necessary cookies are absolutely essential for the website to function properly. These cookies ensure basic functionalities and security features of the website, anonymously.
Functional
Functional cookies help to perform certain functionalities like sharing the content of the website on social media platforms, collect feedbacks, and other third-party features.
Performance
Performance cookies are used to understand and analyze the key performance indexes of the website which helps in delivering a better user experience for the visitors.
Analytics
Analytical cookies are used to understand how visitors interact with the website. These cookies help provide information on metrics the number of visitors, bounce rate, traffic source, etc.
Advertisement
Advertisement cookies are used to provide visitors with relevant ads and marketing campaigns. These cookies track visitors across websites and collect information to provide customized ads.
Others
Other uncategorized cookies are those that are being analyzed and have not been classified into a category as yet.
SAVE & ACCEPT